Juvo: Mobile technology for the underbanked 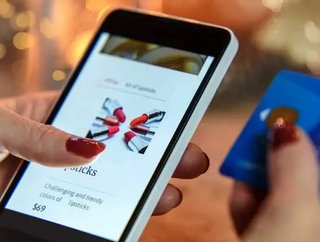 Juvo aims to offer financial inclusion for all by creating financial identities and credit history for those in underbanked communities. This has been m...

Juvo aims to offer financial inclusion for all by creating financial identities and credit history for those in underbanked communities. This has been made possible by the growth of mobile, says Aristotle Socrates.

In an increasingly digitalized world, a huge proportion of the global population still lacks access to proper banking facilities. Without the benefit of plastic or mobile apps, building up a digital identity and credit history can be near impossible. “Juvo was founded with a big mission: to establish financial identities for the billions of people worldwide who are creditworthy, yet financially excluded,” explains Aristotle Socrates, Chief Data Officer. “We partner with mobile network operators to reach these billions of people – many of whom are in cash-based economies.”

Juvo combines consumer internet, predictive algorithms and modern mechanics to implement a data-science based ‘Identity Scoring’ system to augment a credit score, which would otherwise be decided from the top down, but instead is made via pre or post mobile payments, i.e. from the bottom up. Essentially, Juvo allows people without a credit score to build up a credit history, reaching towards its goal to ‘empower the billions of unbanked people in the world to create financial identities and access financial services’.

The tech company’s Identity Scoring service uses a combination of data science, machine learning and mechanics to create identities for those who don’t have a credit history through prepaid mobile accounts, allowing users to build up an identity and use banking options they may not have had before. The company was founded in 2014 and launched its service publicly in 2016, having since grown from 100mn to 500mn users. The company now employs 70 people and has enabled over 400mn transactions to date, boasting 1mn active subscribers per day. Juvo operates across 25 countries in North and South America, Europe and Asia, working with partners that include Sprint, Telefonica and Deutsche Telekom.

“We give consumers the choice, effectively, of being a post-paid user vs a pre-paid user. We save people trips to the top-up station, which saves them time. I think every human being in the world understands the value of time,” Socrates explains.

From astrophysics to fintech

Socrates trained as a theoretical astrophysicist but is now becoming more of a technologist. “My general approach to tackling quantitative problems remains strongly informed by my past life as an astrophysicist.” He moved further into the tech space in 2015 when he joined Juvo as Chief Data Scientist. “The field of data science was heating up, and it seemed like a promising place to explore and come up with interesting ideas. After speaking with founder Steve Polsky, I thought Juvo was the best idea I had ever heard, at least in Silicon Valley.” Socrates describes the move as a risk, since Juvo was then just a startup with 10 employees but adds that this was actually a selling point. “I was driven by the idea itself, and the opportunity of being able to create something significant from scratch.”

It is clear the data scientist strongly believes in Juvo’s central mission to develop financial service access to the 3bn people in the world who are underbanked. “The only way to accelerate the placement of those people into a modern financial system is by building a credit or financial knowledge base atop of, and across, multiple operators. And that’s effectively what we’re doing.”

In his role as Chief Data Scientist, Socrates has a wide scope of responsibilities. “The term ‘data scientist’ is a bit funny since there’s no science without data,” he muses. “Data Science means different things at different companies.” However, Socrates is keenly aware that the importance of data scientist is becoming increasing recognized by many businesses, particularly at a time of rapid digitization. “Everyone seems to be discovering that having people with some form of scientific experience of training – from either academia or a tech company – gives an additional boost in capacity in various areas of work and ideation.”

Socrates adds that while many companies use data science to support other departments through creating algorithms, Juvo is different. “At Juvo, our Data Science function is a lot broader, which is understandable given our mission. In addition to our core function, we do some engineering, product management, partnership management and even sales and business development,” he explains.

In order to allow users to build up a financial identity via mobile, it has been necessary to partner with some of the largest telecoms carriers in emerging markets. “Our mission is to create a mechanism for generating credit by establishing meaningful financial identities for mobile phone users in the developing world. That’s a big, difficult and broad problem. Our general line of attack is through carriers who have the ability generate huge meaningful amounts of transaction data. However, they are limited in their ability to act on it. This requires data science to play an organizational role that is relatively expansive on the organizational spectrum.” Juvo will further utilize these carriers to build on its impressive number of subscribers for the future. “The path is, in my view, quite clear: integrate with more mobile network providers!”

Juvo builds up its financial profiles by offering gradually larger loans. “It’s interesting to understand why mobile network operators don’t do this in the same way we do – the simple answer is risk,” Socrates explains. “We end up taking a tremendous amount of risk on the path of building a credit history for users, at scale. All mobile operators offer small emergency loans, which might cover a single phone call for example, but at Juvo we offer a whole month’s worth of service per loan. Our Data Team was compelled to take this risk to help fulfil the vision and mission of our company: to build meaningful credit.

“We really didn’t understand how radical our loan sizes were until well after we’d been offering them for many years,” Socrates admits. “We figured out how to manage this risk after the fact. In the beginning, you’re just trying to make things work!”

Juvo’s goal for the future is to expand its service to help financial service providers. “We want to create a financial platform that allows financial service providers to gain access to the transaction histories that we’re building on top of mobile network operators. As I see the problem, the reason the underbanked are underbanked is that in their locale, the data infrastructure required to connect transaction history to capital, is non-existent or seriously inadequate. Right now, we’re working towards constructing a platform that allows end-users and financial institutions to bridge that gap.”