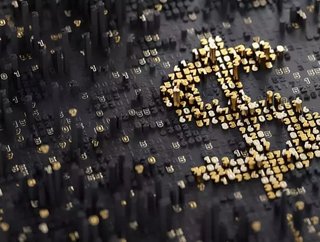 Peter Weinstock, Partner, describes the law firm’s close collaboration with Quontic Bank as is it attempts to re-define digital banking...

Peter Weinstock, Partner, describes the law firm’s close collaboration with Quontic Bank as is it attempts to re-define digital banking.

Originally founded in 1901 as Hunton & Williams and then subsequently rebranded following a 2018 merger with Andrews Kurth Kenyon, Hunton Andrews Kurth is an international law firm with more than 1,000 lawyers in 20 offices spread around the world, including the US, Asia, Europe and the Middle East. “Approximately 30% of our revenue derives from financial services,” Peter Weinstock, Partner, explains. “We provide services to fintech companies, as well as to what we think of as partner banks and those advancing towards digital transformation. Hunton Andrews Kurth tends to think of these banks as being more like technology companies with banking ‘wrapping around’ them.”

Although he considers his interest to lie with finance first and technology second, it is really the interaction between the two that stokes Weinstock’s passion for digitally-enhanced banking, “I can't think of any aspect of the economy that experiences more change; financial services are such a big part of the economy and they’re forever evolving.” Although change in the legal sector is generally (and necessarily) a slow process, he acknowledges that COVID-19 has been a catalyst for accelerated, unprecedented developments. In this climate, Hunton Andrews Kurth strives to exemplify the same high-quality service it has maintained for over a century. According to Weinstock, this rests on two key pillars: responsiveness to the client’s needs and a creative approach that often ‘reverse engineers’ a particular need and then forms an actionable framework through analysis.

This attitude, in combination with the firm’s far-reaching experience in the industry, has stood it in good stead for helping Quontic Bank as it attempts to re-define digital banking. Working closely together on a daily basis has led to a strong mutual understanding between the two companies, “Part of helping the bank achieve its goals has been to think of Quontic Bank as friends and family,” Weinstock says. “Patrick Sells (CIO at Quontic Bank) has got a lot of energy and ideas. Our job is to help him channel those into the most productive avenues available.”

In an industry which is becoming increasingly digital in its outlook, Quontic Bank, in Weinstock’s view, is on a sure course of not just joining the trend but actually leading it. “It’s pushing the envelope on what's doable from a digital standpoint and what it means to be a digital bank. Hunton Andrews Kurth doesn’t consider that the pace of digital transformation will slow down; we foresee it continuing to accelerate.” The company is proud to be a true partner to Quontic Bank as it pioneers this exciting change and praises the integrity, intelligence and savvy of the executive’s leadership. “They’re wonderful at including us at an early stage,” Weinstock concludes. “In the legal field, it's much more expensive to correct a problem than to avoid it in the first place. Quontic Bank is very wise in that regard: it’s happier spending an ounce on prevention than a pound on cure.”