How does the open banking landscape look going into 2023? 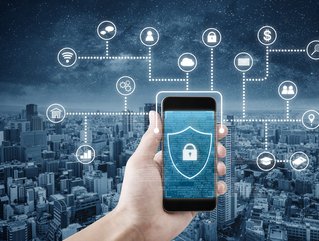 Open banking has, for lack of a better word, revolutionised the way financial institutions interact with their customers. In one form or another, the idea of ‘open banking’ has existed since the late 1990s when banking institutions throughout Europe (largely in Germany) endeavoured to break the siloed approach to banking. Cut to today and the idea of ‘open banking’ is picking up momentum on a daily basis as the technology needed to implement the ideal is evolving at an incredible pace.

Open banking is quickly becoming the bedrock of a new generation of financial service apps and platforms that are greatly impacting the way consumers and banks go about handling their money and services. However, there is still some way to go for open banking to help improve financial literacy, trust, and engagement with consumers and their financial institutions.

Is there trust in the tech?

Back in September, we launched our very first ‘Banking Disruption Index’ , a quarterly assessment of consumer attitudes towards their bank’s digital capabilities. We launched the Index to understand whether consumer sentiment towards digital banking is evolving at the same pace as innovation is happening across the sector, and whether banks - traditional and challenger - need to reassess their digital offering. Our inaugural index from Q3 showed there were a number of areas for improvement within the banking services sector, not least of all, trust.

Our data showed that 48% of people do not trust their bank to help them manage their finances during a recession (which we have now entered since this data was recorded). With less than half of consumers currently trusting their banks during a time of intense fiscal uncertainty, how can these banking institutions and open-banking platforms expect to garner trust when engagement is clearly not there?

As we go into 2023, consumers and banking institutions (both new and old) are battling a cost of living crisis that is impacting confidence irrespectively. This impact on financial confidence could have long term consequences if action isn’t taken to help strengthen the belief that corporations and consumers have about their money, and how best to manage it. This is where the value of open banking financial transparency comes into its own.

A perfect example of this is featured in Open Banking’s (the organisation) Impact Report back in June which showed that a large portion  (77%) of respondents stated that they now have more immediate and accurate insights into their financial position at any given time as a result of using open banking services. These services included real-time transactions, cloud accountancy and greater accessibility to accounts to name a few.

Open banking’s impact on the future of consumer finances

The importance of confidence in consumer finances could not be understated. In our index we know that as of September this year, overall consumer satisfaction with banks (out of 100) was 79, a high score for the first index which highlights an above-average level of consumer sentiment in banking institutions but insinuates once again that there is room for improvement,

It’s the innate aspects of open banking which are largely to thank for the result of this relatively high level of banking sentiments such as seamless and real-time transactions, increased transparency and a drastic improvement to the communication between banks and their customers.

Another reason why banks are being rewarded by a high level of satisfaction from their customers is their current ability to keep up with the growing technological trends in the space. Our data shows that, as it stands, around 70% of consumers believe their bank is keeping up with technology quickly enough. With open banking attributes at the forefront of current trends and themes offered to modern customers, this openness to engage with new technology from banking institutions is putting them in a strong position to build on in 2023 with increased collaboration with open banking APIs.

The stage is set for 2023 to be another strong year for open banking. Sentiment surrounding greater technology implementation in banking and financial control is high and with the difficulties that consumers face as the cost of living crisis and recession continue into the new year, banks, apps, and open banking platforms have an opportunity to demonstrate the value of their products in the most crucial of times.

Through open banking in 2023, consumers can improve clarity around their finances, improve their financial literacy and most importantly not have to sacrifice anything when it comes to security, with full transparency on where and how their transaction and account data is being used - all while improving customer service.

About the author: Richard Kalas is the Client Solutions Director, Retail Banking at GFT UK, which specialises in the digital transformation of companies.