How are Challenger Banks Transforming the Banking Landscape? 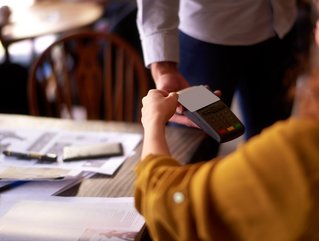 What’s the difference between neo banks and challenger banks, how are they disrupting the global banking landscape, and what does the future hold in store?

As the pace of digital transformation in banking accelerates, the scope of what is technically possible to offer consumers is growing – and alongside it, the definition of what it means to be a bank is constantly evolving.

Over the last decade, a range of ‘neo banks’ and ‘challenger banks’ have popped up as an alternative to mainstream providers. It seems that their names are used almost interchangeably to refer to a wealth of fintechs disrupting the banking sector – but what exactly is the difference between neo banks and challenger banks, and what does their growth mean for the future of digital banking?

What’s the difference between neo banks and challenger banks?

In practice, neobanks and challenger banks have more in common than they have differences. They are both disruptors in the banking space, placing a heavier focus on digital technology to bring new products and services to consumers.

The main difference comes from whether the bank has a physical, bricks-and-mortar presence. Neo banks are entirely cloud-based and reach consumers through either an app or a website, while challenger banks may still retain a small number of branches – though not nearly as many as traditional high-street banks.

This means that challenger banks are more likely to hold a full banking licence. As their popularity has grown, this has become more commonplace. As a result, challenger banks usually offer a broader range of products and services while neo banks may focus on more niche areas or concentrate on business customers.

How do they differ from traditional banks?

One of the key distinguishing features between digital challengers and traditional banks is their agility. Challenger banks and neo banks are usually smaller, newer and so better placed to take advantage of emerging technologies and developing trends. Traditional banks are often bloated by legacy systems stretching back several decades, which can prevent them from rolling out new features or adopting new platforms. As they are so invested in these systems, with much of their customer data built on them, legacy banks can find it hard to move away.

This has allowed neo banks in particular to be much more targeted with their customer proposition. Take New York-based Daylight for example, the neo bank that is building products and services to meet the financial needs of LGBTQ+ customers; or First Boulevard, which hopes to build financial solutions to help empower Black America. Where a particular group or community has specific financial requirements, digital challengers may be better placed to exclusively target those needs.

In addition, they are often more active in sustainable innovation, buoyed by their smaller footprint and tech-savvy audience. Neo banks have offered everything from carbon offset and tree planting to schemes that share some of their profits with charities. These are ideals that are quickly gaining traction with larger institutions because of their mass appeal among consumers.

Nicola Mitchell, Head of Digital Marketing for UK neo bank Novus, said: “According to a recent report from WWF and Greenpeace, if the UK’s biggest banks were a country they would rank 9th in the world for carbon emissions. At the same time, environmental awareness amongst UK consumers has surged in the past year, with 85% now making more sustainable lifestyle choices, according to Deloitte’s latest Sustainable Consumer research.

“The opportunity is clear: new players that combine intuitive user experience with simple, easy-to-understand sustainability features have a chance to stand out in a whole new way. It’s not about bolting on new products to an existing, already-broken system to put a bandage on a broken arm. It’s about reimagining the way we bank to make our money a force for good – an idea that opens up a world of possibilities to harness the collective power of our spending and ultimately make a tangible difference in the world.”

For Novus, this means partnering with different NGOs so that consumers can automatically support social and environmental causes when they use their Novus debit card.

How will digital challengers transform banking?

So far, challenger banks and neo banks have spurred traditional players into accelerating their digital transformation, particularly during the COVID-19 pandemic, when more functions moved online. We have seen traditional banks roll out new features and cleaner functionality, but they have also acquired fintechs as a faster means of incorporating new products and services into their business. Usually, digital disruptors can reach a broader customer base by partnering with established institutions.

Richard Little, Partner and Head of Challenger Banks and Building Societies at KPMG UK, told us: “There is a perception among many consumers that traditional banks do not offer the smooth customer experience or customer service that challenger and neo banks provide. Traditional banks are investing millions on technology with the objective of defeating these stereotypes, promoting brand loyalty from their existing customers and being able to secure new customers. They are extending their customer offerings into areas such as purchase protection, loyalty rewards and support with credit scoring.”

And, while challenger and neo banks have grown their audiences significantly in recent years, many are still struggling to claw themselves into profitability.

“Digital banks face an uphill battle of getting their existing customer base to expand into new products,” says Paula Smith, Partner and Head of Banking and Capital Markets at KPMG UK. “Newer banks have built up large customer bases by offering innovative apps and features linked to current accounts, but they are not converting those customers in significant numbers into mortgage or investment products where they can actually generate profit. Ultimately, profit generation will be required to meet investors’ valuation expectations.”