Goldman Sachs partners with Investec to expand in South Africa 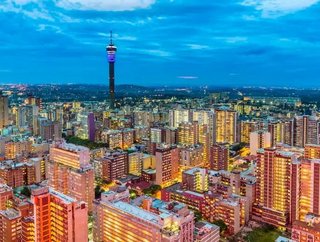 Goldman Sachs announced that it has partnered with Investecin a bid to expand financial services in one of the world’s fastest growing economies. This...

Goldman Sachs announced that it has partnered with Investec in a bid to expand financial services in one of the world’s fastest growing economies. This will allow both companies to extend trading from Johannesburg to the rest of Africa.

Goldman Sachs has had a presence in South Africa for 20 years. It will offer fixed-income products such as foreign exchange and government securities to its corporate and institutional investors within the country. The firm already provides its wealth and asset management services to government institutions and individuals in South Africa.

This expansion follows on from the South African elections which took place last week. President Cyril Ramaphosa won the election with a promise to improve economic growth, reevaluate his cabinet, and combat corruption. The head of the Goldman Sachs sub-saharan African division for the last twenty years is Colin Coleman. Coleman is an advocate for Ramaphosa, and supports his drive to draw more investors into the country's economy.

Investec was originally founded in Johannesburg, and today has three principal markets: UK and Europe, Southern Africa, and Asia-Pacific. The financial service is listed on both the London stock exchange and the Johannesburg Stock Exchange.

This partnership seems to have come in good time as Insurtech announced today that they are closing down their automated Click & Invest service, after reporting a loss of US$16.4mn. When this is combined with a decline and halt in financial decisions from major UK clients during Brexit, further expansion in South Africa should hope to ensure stability for the firm.