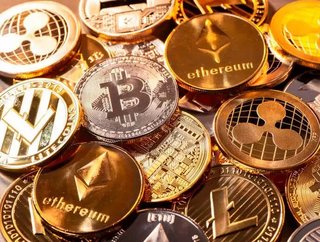 Coinbase, the San Francisco based Cryptocurrency exchange, is a secure platform that makes it easy to buy, sell and store Cryptocurrencies. Coinbase...

Coinbase, the San Francisco based Cryptocurrency exchange, is a secure platform that makes it easy to buy, sell and store Cryptocurrencies.

Coinbase was founded in 2012 by Brian Armstrong and Fred Ehrsam in California. The company specialises in brokering a large variety of currencies, including Bitcoin, Bitcoin Cash, Ethereum, Ethereum Classic, and Litecoin with fiat currencies across 32 countries.

To date, Coinbase has exchanged $150bn+ of Cryptocurrency, supports 102 countries worldwide and has served upwards of 30 million customers. It dubs itself the “most trusted cryptocurrency platform.”

Cryptocurrencies are a turbulent product to say the least. So far this year, we have seen a drastic rise in Bitcoin’s value, and skepticism over the legalities of Facebook’s Project Libra which continues to divide businesses over the sustainability of cryptocurrencies and its adoption into businesses. Yet despite this, crypto has the potential to be lucrative to investors, and is continuing to alter the concept of currency.

To ensure maximum security when using cryptocurrencies, investors often use brokers such as Coinbase to protect their assets. Indeed, the business sees its security as its key selling point. Below we list the five key security features at Coinbase:

Did you know? As of August 2018, there were a reported 1,600 different cryptocurrencies across the world.