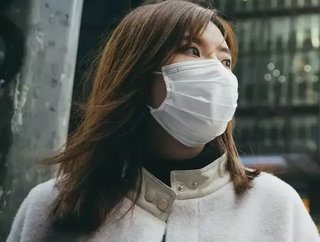 Chinese homegrown fintech companies are bracing themselves following news of tighter regulations to limit their activities in the communist nation-state.

Currently, an estimated 87% of China's $29tn domestic financial market, is made up of fintech consumers.

Speculative reports suggest the CCP became nervous of the investment power and size of Ant Group, and its high-profile founder, Jack Ma, who controls 8.8% of the fintech.

They also say Beijing has been on a campaign to neutralise risks in the country’s $53tn financial system since early 2017. Executives who become too wealthy, powerful and outspoken are also on the CCP’s watchlist.

Last year, Ant Group, which is a third owned by e-commerce giant Alibaba, led China’s online lending industry, by issuing $324bn between June and November. The fintech’s IPO was then unexpectedly suspended on November 3rd, two days before a $37bn initial public offering. Ma was also summoned to speak with regulators.

However, supporters of the move say officials are simply trying to establish a balance between fintech innovation and regulation in China. The swift growth of fintech in China has resulted in regulatory authorities having to consider the potential risks it poses to the financial system.

Ant Group’s public $35bn offering was the largest in history. The Shanghai Stock Exchange reported at the time, that “major issues regarding changes in the fintech regulatory environment might cause the company not to meet the listing conditions or disclosure requirements.”

A tightening up of rules will inevitably impact on smaller fintech operatives.

According to the East Asia Forum, the regulatory changes for homegrown fintechs proposed by the China Banking and Insurance Regulatory Commission include tighter rules on loan issuing. Proposals say internet platforms need to fund a minimum of 30% of co-lending partnership loans.

Ant Group's funding policy fell heavily short of that mark. The fintech's main role in the co-lending process was as an IT provider, with most funding was put up by partner banks.

Experts also speculate that this may result in online microlending companies (MLCs) establishing or maintaining partnerships with banks to sustain their businesses because of the capital requirements of the new regulations.

A recent report by the Washington-based international law firm Akin Gump Strauss Hauer & Feld LLP states, “China’s regulators have been concerned for some time about the systemic risks to the Chinese economy posed by online MLCs and the enormous amount of leverage made easily available by those lenders and their partners. A number of the consumer loan Fintech players put up only 1% of the loan amount, whilst collecting substantial loan referral fees from the bank lenders who make most of the loan amounts available.”

It adds that some of the new regulations will result in better management of China’s domestic Fintech industry.

“Some believe that the proposed regulations are long overdue – there has been increasing pressure on regulators to take a proactive stance with respect to the regulation of MLCs, especially given that a number of MLCs have undergone significant growth and their local regulators are not equipped to adequately deal with what have become (in some cases) systemically-important enterprises.”