Banks must do more to stop financial crime, says deVere 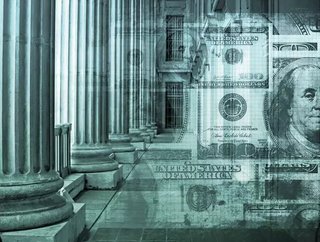 News of the recent FinCEN (Financial Crimes Enforcement Network) leaks has resulted in a statement from Nigel Green, CEO and Founder of deVere Group...

News of the recent FinCEN (Financial Crimes Enforcement Network) leaks has resulted in a statement from Nigel Green, CEO and Founder of deVere Group.

The evidence itself, a cache of 2,100 suspicious activities reports (SARs), indicates that some of the world’s largest banking institutions were involved in Ponzi schemes, financing criminal organisations, money laundering and more.

These revelations have prompted deVere, one of the foremost financial consultancies in operation, to declare that banks should “tone down the rhetoric” and instead focus on developing workable solutions for increasing the industry’s legitimacy.

“These documents show how some of the world’s biggest banks have seemingly turned a blind eye to criminals moving dirty money around the world through their systems,” stated Green.

“While banks must, evidently, do much more in this area, it is also important to make clear the distinctions between legal and illegal financial practices. A failure to do so muddies the waters and makes combating financial crimes harder.”

So far, the response of the concerned parties has been limited; FinCEN offered a brief statement at the beginning of September, while reports from the BBC indicated that implicated parties believed they acted with propriety by filing SARs in the first instance.

However, as the BBC article states, it is not sufficient to file a SAR and then continue to receive suspected ‘dirty money’. This suggests a fundamental cultural realignment is required, as Green declared.

The Brookings Institution recommends the following:

Summarising his impression of the FinCEN leaks, Green says, “For me, this highlights once again that these major financial institutions need to do much more and with vigour to help prevent high-level financial crime, which is a serious global problem.

“Let’s tone down the rhetoric and focus on the serious issues of stamping out financial crime by implementing more robust checks and balances inside the banking system.”