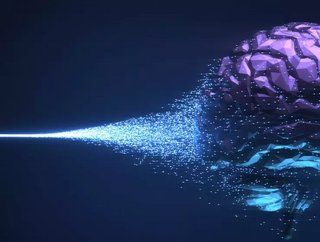 Two thirds of banking executives believe that new digital technologies will continue to drive global banking over the next five years...

According to a report by Temenos, the number of banking executives saying new technologies will drive transformation in banking has risen by 57% in a year.

The new report, Forging new frontiers: advanced technologies will revolutionize banking, was based on a survey conducted by the Economist Intelligence Unit (EIU).

It found that 66% of banking executives - 300 senior figures were surveyed, of which 49% belong to the c-suite - believe that innovations like AI and machine learning will be the key drivers of change over the next five year period.

The report highlighted that the global COVID-19 pandemic will likely accelerate the pace of digital transformation in banking.

Against the backdrop of COVID-19, 45% of banking executives said that their strategic response is to develop a ‘true digital ecosystem’ and integrate their self-built digital services and third-party offerings.

It was noted that AI would play a significant role in this transition - 77% agreed that unlocking value from the technology would be a key differentiator between winning and losing banks, for example.

Respondents also noted the customer service value of the technology, suggesting that improved user experience through greater personalisation was the most highly recognised and valued use for AI.

DevOps was also recognised as being significant to future banking.

For example, the focus is shifting towards enterprise agility through the use of DevOps, which brings together software development and IT operations using modern cloud-based platforms.

The report found that 84% of banking executives agree that DevOps will drive transformation in core banking, while 81% believe a multi-cloud strategy will become a regulatory prerequisite.

The primary focus of future technology investment was listed as cybersecurity (35%), followed by developing AI platforms (33%) and cloud-based technologies.

CEO of Temenos, Max Chuard said that pressure banks were under from new market entrants, slowed growth in profit and regulation changes had been heightened by COVID-19.

He explained: “The report highlights that senior banking executives believe that new technologies such as AI will have the greatest impact in banking in the coming years.

“As the digitisation of banking continues, these new technologies can helps banks fend off competitors and gain competitive advantage.”