Stripe and Chime in latest round of bruising fintech layoffs 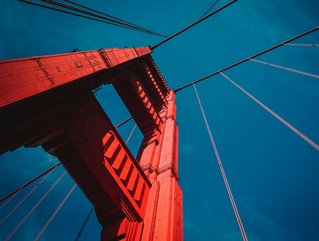 Dark skies above Silicon Valley: Chime and Stripe are the latest to lay off staff.
Stripe, Chime and Pleo are the latest fintechs to announce mass layoffs, as the sector struggles to adapt to the current challenging economic conditions

Stripe and Chime are among the latest fintechs forced to announce mass layoffs, as the sector faces up to a combination of macroeconomic challenges, a tighter investor landscape and a climbdown from record-high levels of consumer adoption at the height of the pandemic.

Stripe, the San Francisco-based payments fintech, has this week announced it would get rid of 14% of staff – equivalent to over 1,000 people. The company had been one of the largest fintechs to so far stave off mass layoffs, although Stripe President John Collison had previously admitted that he “did not know” if the firm could still justify its US$95bn valuation.

In an email to employees, Stripe CEO Patrick Collison blamed the move on “stubborn inflation, energy shocks, higher interest rates, reduced investment budgets, and sparser startup funding”. He continued: “We have always taken pride in being a capital efficient business and we think this attribute is important to preserve. To adapt ourselves appropriately for the world we’re headed into, we need to reduce our costs.

“Around 14% of people at Stripe will be leaving the company. We, the founders, made this decision. We overhired for the world we’re in… and it pains us to be unable to deliver the experience that we hoped that those impacted would have at Stripe.”

Time for fintechs to accept ‘the world has changed’

Banking fintech Chime has also this week announced layoffs, revealing to staff that it would make 12% of its workforce redundant – about 160 employees. In a memo, Chime CEO Chris Britt committed the firm to reconsidering its marketing spend, cutting ties or renegotiating contracts with contractors, and hinted that it could downsize its workspaces.

“But we also need to adjust the size of our organisation as we increase our focus and forge our path to profitability,” Britt says.

Meanwhile, billing and subscription fintech Chargebee is downsizing its workforce by 10% – around 142 people – as it "proactively refocuses resources to set a strong foundation on which to continue… growth".

And European fintech Pleo, which provides card services to businesses, announced yesterday that it would be cutting up to 150 staff, representing 15% of its workforce. It's a significant climbdown after a solid year of growth for Pleo, which in the past 12 months has expanded its focus into 16 countries and reached the 1,000-employee mark.

Pleo CEO Jeppe Rindom summarised the market challenges in a note to staff: “The world has changed and our next chapter will look different. We’re no longer operating under a ‘growth first’ mandate but rather a reality of 'growth through focus and efficiency’. Focus on the many markets we now serve and focus on driving efficiency in everything we do. And what got us here is not what will get us there.

“We’ve made our priorities and set our strategy for the coming year. And sadly this is impacting 15% of our roles, up to 150 of our colleagues may have to leave. Each and every one has played an instrumental role in making Pleo what we are today.”

Nigel Green, CEO of deVere Group – an independent financial advisory and asset management group – believes we’re seeing the signs of an inevitable recession. He points to a number of indicators from recent weeks including a chorus of warnings, the strength of the dollar and rising inflation.

Green says: “Corporations around the world are tightening their belts and suggesting earnings will be lower, as demand drops, supply chain issues remain and borrowing gets more expensive as central banks, determined to control inflation, raise interest rates.”

He adds that recessions are always painful, saying a global recession is widely expected in 2023.