Saudi BNPL fintech Tamara secures US$100mn in Series B round 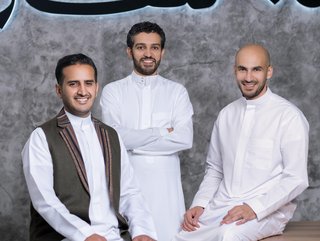 The latest round also includes participation from Coatue, Shorooq Partners, Endeavor Catalyst and a follow-on investment by Checkout.com. Tamara says it will use the funding to expand its product offering across payments and shopping; expand to new markets; and strengthen the existing customer and partner merchant experience.

The Riyadh-based fintech, which was launched in September 2020, allows customers to spread the cost of a purchase over several interest-free instalments. It is fully Shariyah compliant and has enjoyed early success, despite the broader troubles facing the global BNPL sector. Tamara has seen tenfold year-on-year revenue growth, onboarding more than 3 million customers and over 4,000 partner merchants including IKEA, Adidas, Namshi and Jarir plus a number of local SMEs.

Tamara ‘has the potential to be huge disruptor’

Abdulmajeed Alsukhan, Tamara’s Co-founder and CEO, says: “Our mission is to deliver an exceptional experience to our customers by offering transparent, seamless and inclusive payment solutions. Tamara has established itself as the trusted, reliable and sustainable local partner for any regional or global business looking to expand in Saudi Arabia and MENA.

“We act as a marketing and discovery channel for our partner merchants to drive new customers and incremental sales online and in-store. After working with Tamara, our partners have seen on average 40% higher average order value, 20% lower cash on delivery, 15% higher conversion and significantly lower order return rates.”

A spokesperson for Sanabil Investments says: “Tamara’s exceptional growth while maintaining healthy unit economics speaks volumes about what the team has achieved so far. We at Sanabil back industry disruptors and transformers, and in Tamara we found a team that has the qualities to transform huge industries such as financial services and shopping in the region and beyond.”

And Remo Giovanni Abbondandolo, VP for MENA at Checkout.com, continues: “Tamara has emerged as the payment method of choice for millions of consumers across the region. As the leading payments provider in MENA, Checkout.com's investment demonstrates our belief in Tamara's exceptional team and our commitment to supporting digital growth in the region. As such, Checkout.com will also serve Tamara as a payment method to our merchants – to compound growth in one of the fastest-growing markets globally."

Five months after launching, it closed a US$6mn seed round which was quickly followed by a US$110mn Series A led by Checkout.com – the largest-ever recorded in the Middle East and North Africa region, Tamara says. Including the Series B funding, it brings the total amount raised by the fintech to US$216mn.

According to research by Checkout.com, more than 50% of customers across MENA will use BNPL in 2022. Tamara’s three active markets – the UAE, Saudi Arabia and Kuwait – are among the markets where adoption is expected to be highest. But the survey also concludes that nearly 20% of Bahraini shoppers are expected to use BNPL in the year ahead, signalling a potential first-phase expansion market for Tamara.