Route to IPO: when is the time for a fintech to go public? 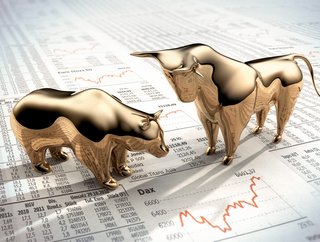 There’s little doubt that current economic conditions are having an effect on planned IPOs. Against the backdrop of spiralling inflation, mass layoffs and tumbling valuations, many fintechs appear to be reevaluating their attitude towards going public. The result is a string of cancelled or delayed IPOs.

Payments giant Stripe was supposedly planning to go public at some point this year but that prospect is looking diminishingly likely. Last November, Stripe Co-founder and President John Collison admitted that an IPO was “not an imminent event”, while this summer he admitted that he “did not know” whether the firm could still justify its US$95bn valuation.

Stripe probably doesn’t need the money, raising the prospect of a direct listing instead of an IPO. The fintech secured US$600mn in a Series H round last March (the same round that gave it that US$95bn valuation) and followed it up with a venture round in June 2021.

Zopa, the British digital bank, was also expected to go public by the end of this year but appears to have put those plans on hold. “We will just have to wait for when the markets are in the right place,” Zopa CEO Jaidev Janardana told CNBC at Money20/20. “You only want to do an IPO once, so we want to make sure we pick the right moment.”

Likewise, South Korean fintech Viva Republica – the owner of financial app Toss – is pushing its planned IPO back by two or three years, while BNPL company Klarna seems a long way from a public listing after seeing US$40bn wiped off its valuation.

For some companies, the time is still right for an IPO. PensionBee, which lets consumers consolidate their old pensions into a single plan, had always planned on becoming a publicly traded company. After a period of rapid growth, that moment came in April 2021 during the pandemic – and the timing may have been a blessing rather than a curse.

“Our IPO ran mostly like clockwork,” PensionBee CEO Romi Savova tells FinTech Magazine. “We underwent the entire IPO process during lockdown, which in some ways was beneficial given people’s focus, availability and the efficiency that we could achieve. We were able to use video conferencing with great effect to connect with our team of advisors, often on an hourly basis, and to meet any new investors virtually to introduce them to our story.”

When is the right time for a fintech to go public?

The current circumstances certainly raise the question of when an IPO is right, and for whom. Going public is a sizeable long-term commitment that shouldn’t be seen as a shortcut to extra funding, nor an exit for early-stage investors.

“It’s important for companies to remember that the initial costs of going public can be high, in addition to ongoing costs relating to compliance, reporting and disclosure requirements,” says PensionBee’s Romi Savova. “The extra scrutiny from regulators and investors once public also means that any company pursuing an IPO must be able to put an effective long-term communication strategy in place.

“If the motivations surrounding an IPO are purely to access capital, options such as private capital or debt financing could be better alternatives. Similarly, if the desire for an IPO is to achieve an exit for early investors, there are private sale options. A merger or acquisition can also produce an exit event with the added benefit of combining complementary skills and knowledge from separate businesses.”

According to research carried out by Coupa, a large number of fast-growing businesses are delaying IPOs because of the current circumstances. Coupa found that nearly three in four high-growth businesses (72%) believe their financial processes are not robust and scalable enough to support their plans for growth. The firm claims that postponements to IPOs offer the perfect opportunity for a business to reassess and resolve issues that it might otherwise have taken full-speed into a public listing.

“For those companies that have delayed an IPO, now is the opportune time to digitise back-office functions,” says Coupa’s Tony Tiscornia. “This will not only instil confidence in financial operations and compliance in advance of being ready to list, but also ease the burden of increased scrutiny once they become public.”

Advice for fintechs working towards an IPO

PensionBee’s Romi Savova has some first-hand advice for fintechs considering a public listing: “The process requirements are fairly well known and the reasons for seeking the listing should be clearly articulated and well understood,” Savova says. “Every company will go through an assessment process to ensure that all the core areas that are essential to the listing process are prepared in advance.

“The process is inevitably intense because the Stock Exchange has high standards for businesses that are listed, and the highest degree of diligence needs to be taken in everything that you do. For any other business considering going down this route, it’s important to bear in mind that it’s a big time commitment, in addition to a future commitment to being very public and transparent about everything you are doing.”

Savova says that startups should plan early and understand their strategic reasons for going public, as well as making the decision about what jurisdiction to list in.

“For us, the UK made perfect sense as it reflects both where we operate and where all of our customers are based, and it was the logical listing venue in the context of inviting our customers to also be a part of our listing. Beyond providing the opportunity to stand out on the highly respected London stage, the UK’s known for being a world-class exchange with high standards of governance, and home to some of the world’s leading technology companies.

“For all companies with a vision to become public, they would be well served to act like a public company long before they are one. Early adoption in company behaviour and mindset, together with an experienced management team and board, helps to ensure a smooth transition without the need for any major cultural shift once the company is listed.

“Lastly, ensuring sufficient management bandwidth is key so that the focus remains on running the business, which continues to be the main priority, especially when being looked at in the spotlight of becoming a listed company.”