HSBC sets precedent by withdrawing support for oil and gas 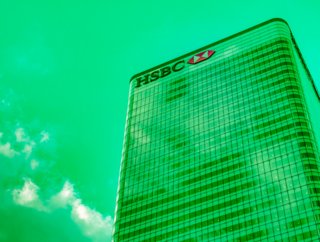 HSBC has become the latest bank to withdraw financing for oil and gas fields, with 'financed emissions' the biggest contributor to banks' carbon footprints

HSBC has become the latest bank to announce it will no longer finance new oil and gas fields, raising the prospect that the banking sector could accelerate the transition towards renewable energy.

Europe’s largest bank follows in the footsteps of UK high-street bank Lloyds, which announced a similar withdrawal of funding back in October. HSBC is understood to be the largest bank to date to draw a line under oil and gas financing.

It follows the precedent set by the insurance industry, with some of the world’s largest insurers voluntarily agreeing to no longer insure new coal projects. The group that lobbied for the change – Insure Our Future – believes that large coal installations are now virtually uninsurable. Speaking to InsurTech Magazine in July, the group’s Programme Director, Peter Bosshard, said he still feels moments of despair when new coal installations come online, usually funded by specialty insurers based in the Bahamas.

Last week, the UK government was criticised for approving a new coal mine in the north of England, which will produce coking coal for use in steel production. As much as 90% of the coal could be exported to steelmakers outside the UK and the new colliery has been roundly criticised – including by the government’s own climate change committee. Just a month ago, at the COP27 climate conference, the UK's Alok Sharma was warning other countries that there can be no "backsliding" on environmental commitments.

HSBC decision ‘sends a strong message’ about oil and gas

Talking about HSBC’s decision to withdraw financing from oil and gas fields, Becky Jarvis from campaign group Bank on our Future says: “HSBC’s announcement today is a huge signal to the oil and gas industry that their time is up. This is a result of years of hard work from the climate justice movement. It’s far from perfect, but it’s a sign that the dominoes are falling and confirms our unstoppable momentum. All eyes will now be on Barclays and the giant North American fossil fuel banks like Citi & RBC to catch up.”

The policy is likely to heap pressure on insurance market Lloyd’s of London (no relation to the bank), which is being called out to adopt a similar ban on underwriting oil and gas. Lloyd’s was this week the focus of protests following a rumour that a syndicate on the London market was insuring a controversial Australian coal project.

And Lucy Porter from Money Rebellion says: “Lloyd’s need to get real about climate breakdown, take real action and stop squeezing every last bit of profit they can from fossil fuels.”

HSBC’s voluntary action is a sign that large banks can have a positive impact on the decarbonisation of industry. As banks become increasingly sparse in town centres and banking moves increasingly online, the direct emissions associated with the banking sector are relatively low – particularly for banks like HSBC, which have adopted net-zero pledges and are transitioning to renewable energy, like solar, at its offices and data centres.

Instead, the main cause of emissions in the financial services sector is ‘financed emissions’ relating to capital like loans, investments and underwritings. According to the Carbon Disclosure Project, these financed emissions are typically 700 times higher than Scope-1 and Scope-2 emissions generated by activities such as heating, cooling and powering office buildings.

Speaking in an upcoming issue of FinTech Magazine, Mambu Director of Sustainability Anna Krotova says: “Progress to measure and manage these financed emissions has been slow. Just recently, the World Benchmarking Alliance (WBA) released a benchmark where they have assessed 400 major global financial institutions on their transparency and sustainability commitments. Of these, 37% have disclosed long-term net-zero targets, but only 2% of these commitments have been translated into interim targets applied across the institution’s financing activities.

“This makes for a significant blind spot in global carbon footprint accounting and presents a grave risk to efforts on climate change mitigation, since we have no basis on which to take corrective action and hold financial institutions to account.”

With climate change higher up the consumer agenda than ever before, now is not the time for banks to duck their environmental obligations. HSBC’s decision could prove to be a catalyst that prompts other large banks to follow suit.