From white paper to gold rush: a history of the blockchain 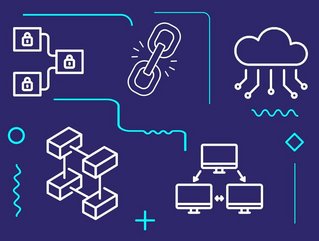 We take a trip through the history of the blockchain, from early pioneers like Nick Szabo, the engima that is Satoshi Nakamoto, and institutional adoption.

The blockchain has virtually emerged from nothing in the space of 30 years, at first seeming a niche concept that would have little benefit before being rightly recognised as a potential game-changer in business, finance and society in general.

Much of the groundwork for the blockchain was set in the early 1990s. Stuart Haber and Scott Stornetta met while working for US software company Bellcore and set about creating a solution to a problem they had identified: the world relies so heavily on its record-keeping but to ensure trust, records must be authenticated by an independent party.

Within a year of presenting their idea, Haber and Stornetta had written the algorithm that would become recognised as the blockchain. The term is derived from the way data, such as the record of a transaction and its unique hash, is packaged into blocks and linked together like a chain. The more blocks are added, the stronger the chain becomes.

By the end of the 1990s, computer scientist Nick Szabo had attempted one of the very first applications of this new ‘decentralised’ system, proposing ‘bit gold’, a forerunner to the very popular bitcoin. Bit gold was never implemented and it would take another decade before anybody would build on Haber and Stornetta’s work to launch a decentralised currency.

A developer or team of developers using the pseudonym Satoshi Nakamoto publishes a white paper that conceptualises the cryptocurrency bitcoin, and establishes the blockchain as the public transaction ledger used for bitcoin. This lit the flame for the cryptocurrency market, which would explode over the next decade.

Five years after the white paper was published, early bitcoin enthusiast Vitalik Buterin would create Ethereum. He thought bitcoin needed a scripting language for application development and, failing to establish a consensus among the bitcoin community, built his own blockchain-based platform. It utilises smart contracts and is the platform on which NFTs are built, for example.

Businesses begin exploring the full potential of the blockchain and, with this in mind, blockchain is separated from the currency to allow more applications to take shape. This kickstarts the period known as ‘Blockchain 2.0’, which instead of applying decentralisation to currency could see infinite possibilities in business instead where authentication, rights or ownership are at issue.