Examining the revolution in mobile banking 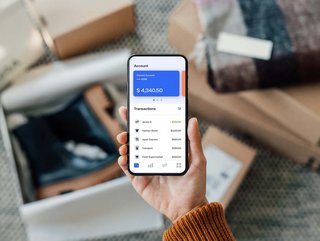 The rising popularity of mobile banking has prompted a mass rush to release new features – but is the slow march to ‘super-app’ status the right approach?

There’s little doubt that fintechs have prompted a revolution in mobile banking, with incumbents realising that they must keep pace with new features to remain competitive. After all, the days when a bank’s primary interface with a customer was through bricks-and-mortar branches are long gone. Mobile banking has overtaken in-person transacting – a trend made more pronounced by the COVID-19 pandemic, when people were told to stay indoors.

According to Insider Intelligence’s UK Mobile Banking Competitive Edge report, 68% of UK adults have used mobile banking in the past year; research from Forbes, meanwhile, shows that over three-quarters (76%) of Americans have used their primary bank’s mobile app over the same period. Mobile is the new battleground in which banks – both new and incumbent – will lose or retain customers, so much so that 40% of people would now consider switching to a digital-only provider with no physical branches, according to research from Forrester.

Following a brief slowdown during the pandemic, customers are back to switching current accounts at normal levels, Forrester’s Principal Analyst Aurelie L'Hostis says. Data from the UK’s Financial Conduct Authority (FCA) shows that 8% of the country’s current accounts are currently held with digital challenger banks – up from just 1% five years ago.

The popularity of mobile banking is being driven by an increase in mobile payments, with consumers now able to check out using their smartphone or watch. Research from fintech unicorn Rapyd shows that nearly half (43%) of Brits make mobile purchases on a weekly basis, underscoring the rising popularity of e-wallets. What’s more, UK mobile commerce is set to reach £100mn by 2024 as consumer preferences shift.

Sarel Tal, VP EMEA at Rapyd, says: “With consumers having to go cashless at the height of the pandemic, many realised how convenient mobile phone payments are and have since kept this habit up. We expect this trend to accelerate, with UK mobile commerce predicted to grow at more than twice the rate of the overall ecommerce sector.”

Ahmed Karsli, Co-Founder and Chairman of Turkey’s largest neobank, Papara, says that banks must continue to diversify their product offering. “We’ve always felt it’s critical, in good times and bad, not to over-index and rely on one part of the business that might be doing well today – as this might not be the case tomorrow. Having said that, you do always need to ensure that your core business proposition is both scalable and has a route to being profitable in and of itself before you start adding new components.”

With many consumers facing a cost-of-living crisis this winter, Karsli predicts that money management and budgeting tools – pioneered by the digital challengers and adopted by some forward-thinking incumbents – could become an essential component of any mobile banking app. “With global economic conditions not looking positive in the short term, I believe that many banks will start to introduce more money management tools to help their customers get a better understanding of how to spend more efficiently while also leaving room for saving,” Karsli says, suggesting new features around micro-loans and salary advances as ways that traditional banks can support their account holders through the current financial uncertainty.

Should we all strive to become a ‘super-app’?

This raises the question of whether banks or fintechs should still be striving to become a super-app, with Elon Musk even hinting that his takeover of Twitter could be a catalyst to creating an ‘everything app’.

Papara’s Ahmed Karsli continues: “The truth is that there’s a lot of debate in the market about whether it’s a good strategy to try and build everything within one package, or just double-down on what’s working well and keep products and services to a minimum in terms of number, but maximum in terms of impact.

“You only need to look across to China and what’s happened with WeChat and AliPay to see how successful the super-app approach can be if executed correctly, but the reality is that getting to that point is incredibly difficult and also requires a bit of luck.”

He states that, instead of deliberately setting out to become a super-app, it is possible for brands to become one by stealth: “As a business we’ve always been ambitious, but I must admit when we first started, our goal wasn’t to become a super-app – rather it was to focus on a few core products that would really benefit those locally who had been left out of the current financial ecosystem.

“Along the way, as we got user feedback and saw how our customers were using Papara, we started adding additional elements that we thought would be useful to them. Suddenly, we found ourselves with a collection of useful financial features, all in one package, and at that point we almost accidentally became a super-app.

“I’d say that any business that starts out wanting to become a super-app is going to have a very difficult time. Nail your core products first and then you can start thinking about additional benefits. I’ve seen fintechs fail that try to do too much, too quickly without any form of market penetration on their core products. It’s a bad strategy that just never works out.”

And he says that fintechs still have the edge when it comes to rolling out new features: “The advantage that fintechs have over incumbents with regards to building a super-app proposition is agility. Because the scale is often smaller, new features, products and partnerships can often take less time to get off the ground. However, this doesn’t mean that larger players shouldn’t try and diversify their product offering – it just might take them more time to do so effectively.”