Blockchain: where does fintech go from here? 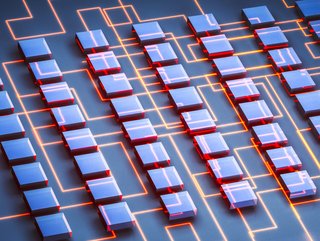 Recent analysis shows the seismic growth within the blockchain economy, with 2021 its annus mirabilis. What is the key now to increasing blockchain uptake?

The increasing adoption of blockchain and the advance towards Web3 mean that the practical applications of blockchain are becoming more and more exciting. In fact, according to CB Insights’ State of Blockchain report, funding in blockchain companies grew by 713% year-over-year in 2021 to reach more than US$25bn. At the same time, funding in NFTs soared by almost 13,000% (yes – thirteen thousand) to US$4.8bn.

It’s no surprise that the New York-based market research company called it “a breakthrough year” for the blockchain economy, with venture funding to blockchain startups hitting new record highs and the volume of blockchain deals growing by 88% to reach 1,247.

In 2022, experts predict that slightly more than half (51%) of global blockchain funding will come from the US, with expected market growth from US$7.18bn to US$67.4bn by 2026. Some of the primary factors driving this rapid expansion of the blockchain market include an increase in venture capital funding and investments; adoption of blockchain technology in cybersecurity applications; easy access to smart contracts and digital identities thanks to the widespread use of blockchain technology; and conscious efforts from governments.

The US has the largest blockchain market share. The region's early adoption of blockchain and the fact that various manufacturers offer security have provided fuel to the fire.

Jonathan Merry, CEO of BanklessTimes, which conducted the research, explains: “Businesses are increasingly implementing security and vulnerability management solutions in this region. It prevents phishing, commercial espionage, and enables data security. In addition, it ensures privacy, continuity of business, and data security.”

Despite all the clamour for new blockchain use-cases and more stable cryptocurrencies, bitcoin – which has long been the poster-child for all digital assets, but more recently has been beset by turmoil and a falling valuation – still retains robust confidence. As one industry insider recently said, bitcoin is only volatile right now as a retail investment – for other applications of bitcoin, its price does not necessarily matter.

“I am still hugely excited about bitcoin,” says Iskandar Vanblarcum, Europe General Manager at OKCoin. “It is the perfect example of a blockchain protocol. We’ve seen early adoption and if you think of a traditional distribution curve, it’s displaying positive signs for the future with innovators getting involved and enterprise adoption at various layers. What we’ve not seen yet is bitcoin’s use as a medium of exchange, but it’s coming slowly and that is very exciting not just for the crypto sector but for the future of blockchain technology.

“It’s great to see people already using crypto more and more in their daily lives. It’s ultimately about a shift in mindset and understanding that there is no central authority. It’s a social economic function and that is the real-world application of blockchain that will ultimately transform people's lives.”

Much relies on informing and educating consumers

Despite the hype, one thing that crypto industry insiders often forget is that everyday consumers – the regular person who might occasionally dabble in cryptocurrency – is not particularly well-versed in the blockchain. In fact, despite the progress already made, understanding of blockchain technology is still fairly nascent. Less than 1% of the global population uses blockchain technology, and access to it is not shared equitably. Moreover, a recent survey from Cardify found that one in three crypto investors – those people who had already made the mental leap-of-faith to put their money into cryptocurrencies – had little or no understanding of what crypto is. That figure should come as a shock to crypto advocates, although sadly it probably won’t.

“The future of blockchain and cryptocurrency is dependent on education,” OKCoin’s Vanblarcum continues. “This new technology represents a shift in mindset. For example, in traditional financial services there are a number of necessary hurdles to go through to engage with financial products – these are removed by blockchain technology. As such, it is vital that users are educated on both accessibility and responsibility. They need to know how blockchain makes services more accessible to them, but at the same time they must understand that responsibility lies with the user more than with traditional services.”

This issue of decentralisation is what has allowed bitcoin, and other cryptocurrencies to a lesser extent, to enjoy uncontrolled growth and at the same time set it on a collision course with regulators. The future of crypto continues to be uncertain, not least with bitcoin trading almost 60% down on its November 2021 highs (at time of writing), but Iskandar Vanblarcum continues to be bullishly optimistic.

“Despite the perceived challenges, it is a very exciting time for the space with thousands of entrepreneurs building on this open, permissionless system and the future is certainly bright,” he says. “There is certainly also more work to be done with the current protocols and companies in the space. There’s lots of talk of the next generation but by focusing on the here-and-now we can build better products that work for the future. Ultimately, the success of blockchain applications will be driven by adoption and engagement from users.”

One such innovative application is Mode, an e-commerce payments platform that allows merchants to accept payment in bitcoin through its Pay With Mode feature and gives consumers cashback in bitcoin as a reward. It takes away investment hesitancy associated with cryptocurrency – consumers are still curious about digital assets but are reluctant to part with their own cash to get involved, particularly with inflation and energy prices rising. Mode allows them to own cryptocurrency while only spending money on their normal purchases.

Mode’s CEO, Rita Liu, explains that because digital assets can be traded on the open market, they represent a more transparent and more attractive value proposition than traditional points-based loyalty schemes. She hopes that the company will expand to offer different crypto tokens and is also exploring other payment avenues, including going into bricks-and-mortar retail using QR codes or offering account-to-account (A2A) payments using open banking.