When Stephen and Gabino Roche (President and CEO respectively) at Saphyre spoke with us in 2020, they made it clear that the company was on a mission to overcome risk-aversion in finance and introduce critical innovation to a historically inefficient system. Having realised that silos and poor user experiences were benefitting no one in the pre-trade space, the brothers decided that nothing less than a wholesale disruption of the status quo would satisfy their desire to democratise trading. Saphyre subsequently achieved this ambition with the development of its integrated onboarding platform, but the story didn’t end there.

In a fresh interview, the Roche brothers updated us on what has transpired in the interim, the importance of interoperability, and why customer acquisition will be their primary focus moving forward.

One thing that’s certainly changed has been the COVID-19 pandemic: from not knowing how the situation would resolve in late 2020 to the development of vaccines in Q1 of 2021, Saphyre has weathered the storm and emerged stronger as a result. However, Gabino says, the journey wasn’t always an easy one. “We were a little nervous in the beginning because meeting face-to-face with clients is an important thing when building a business. Saphyre is a technology company, so it wasn't hard for us to handle going remote, but we were afraid that would create a dip in our client engagement.” They needn’t have worried; it didn’t. In fact, by utilising video conferencing software and saving travel time between engagements, Saphyre actually managed to create more opportunities than ever. Now, as a degree of normality is gradually restored to life and work in the US, Gabino states that lessons learned regarding remote working’s efficacy for the business will not be forgotten.

The autumn of 2020 brought Saphyre one of its greatest accomplishments to date: partnership with both BlackRock and JP Morgan, who opted to utilise the company’s artificial intelligence (AI) technology to automate account opening for securities services. Stephen makes it clear that important collaborations have continued to be formed, most recently with investment bank BNY Mellon. “Its asset servicing arm is now deploying the Saphyre solution on their platform and working with their counterparties. We’re also working on other partnerships and integrations that you'll be hearing about in the coming weeks and months.” Besides this, the company has also been striving to improve the intelligence of its platform and building awareness. Gabino adds, “I think the firms that we're dealing with today understand the value proposition and benefits we bring to pre- and post-trading.”

Since it was founded in 2017, Saphyre has been committed to eliminating manual processes in pre-trade activities. It’s a point on which the company has been “evangelical” because, Stephen says, the problem is rooted in culture as much as technology. “We've been trying to get people to think about how to do things in the pre-trade space differently. Traders want to fix failures or mismatches in post-trade and that’s generally where all the investment goes. Saphyre is telling everybody, ‘Hey, if you just set things up properly in the pre-trade space, we can reuse that information during trading and post-trade.’” Essentially, the company believes in a ‘measure twice, cut once’ philosophy that emphasises integrating important protocols and safety measures in the first instance.

Stephen hints that Saphyre’s exploration of the post-trade space is about to yield some truly groundbreaking results for institutions. Until these are revealed, however, Saphyre will continue to break down the silos (or “fiefdoms” in Gabino’s words) that make trading the reserve of a privileged few. “The key difference is that previously we've been talking and evangelising, but now we're showing a way that this data can be democratised. It's no longer a talking point; we're actually giving people the keys to try out this solution,” says Gabino.

Saphyre’s innovative buy-side portal is being constantly developed to align with and progress this overarching vision. Information that was previously siloed for the community - and therefore difficult to link - has been released through the company’s expanded offerings for the security services space. Now fund accountants, transfer agents, security services, and outsourced middle office teams can now work on behalf of the buy-side firms: “All this interoperability allows those players to collaborate on our platform using the same data in a very intuitive fashion,” explains Gabino. “They can then take that same data and enrich it for the broker dealers and the order management systems.” From a tech (and particularly an AI) perspective, Saphyre never stops evolving. Keen to correct what it views as a decades-long deterioration of the trading tech standard, the company is working to ensure AI fulfills its full potential: mapping data to create an intelligent forecast for how clients will need to use it. “When people say the word ‘to’, do they mean the number two, ‘to’, or ‘too’? Even when you read the word ‘fund’ in the industry, it can be difficult to distinguish what’s being referred to. Those are the nuances that we're actually mapping.”

Achieving this level of automated sophistication meant growing Saphyre’s number of patents from 48 to 67 in a matter of months. “Those patents encompass everything from the logic of how to memorise and understand conceptual relationships between words to an intuitive user interface (UI) where users actually can be lazy without even knowing it,” says Gabino. The result is an AI capable of being highly accurate throughout the entire trading life cycle. Fundamentally, states Stephen, the same system is also technologically agnostic: it is capable of being mapped to a FIX protocol, smart contract, distributed ledger, etc. This provides an important competitive edge in a space where the wholehearted embrace of blockchain still eludes the industry. “One of the big reasons blockchain hasn't been adopted is the fear of adopting a ‘religion’ - a form of standardisation to which everyone has to conform.” Saphyre’s advantage is being able to provide the same operability without such a commitment.

It’s a smart move and one which demonstrates the company’s highly informed and people-centric way of working. “Partnerships are the most important things for us, besides employees and investors,” Stephen clarifies. “Technology is our second priority, because you have to offer something of value, followed by the patents that come along with it.” Gabino states that many would probably be surprised by the extent that legacy tech mainframes continue to plague finance. Now with a software-to-market speed that ranks among the fastest in contemporary fintech, Saphyre is primed for an all-out focus on customer acquisition that emphasises its cutting-edge solutions. Big-name partners like BlackRock help to solidify that reputation and the Roche brothers are convinced that their platform’s superior customer onboarding experience will ensure continuous uptake momentum.

Aware of the difficulty and expense of developing solutions comparable to Saphyre, Gabino suggests that introducing the company’s platform as a third-party application is becoming an increasingly popular option. “Instead of spending millions to build something, it’s much easier for customers to ‘white label’ our technology, put their name on it, and then add ‘powered by Saphyre.’” Doing so would enable even greater go-to-market agility for clients, a vital advantage as digital finance becomes evermore highly regulated. Positing that regulators act in broad motions because they cannot achieve a more intricate picture of data, Gabino claims that “Saphyre can change those behaviours by being forward-thinking and thereby saving institutions millions in fines.”

Asked to summarise what Saphyre’s primary goal for 2021/22 will be, Stephen emphatically replies, “Scale.” With the business growing and uptake increasing, the company is keen to shed the image that it’s only focused on pre-trade. Instead, Saphyre will emphasise how diverse and complementary its solutions can be at a time when FSIs are searching for ways to upgrade their systems but unsure of how to do it. “For years, we’ve been saying that our model is sophisticated yet simple; people want things that are cutting-edge but simple enough to address the complexities between different financial institutions and the accompanying regulations.” It is Saphyre’s ability to marry real-world problem solving and interoperability that will ultimately produce its success, concludes Gabino. “A lot of firms are invested in pseudo monopolies that prevent data from being democratised because it's how they make money. Saphyre’s customers know that their data isn’t stuck on a single system. They retain ownership, they can port it, and they can demand innovation from their tech partners to keep data flowing end to end.”

Ringler
Ringler: Winning IT formula for the future 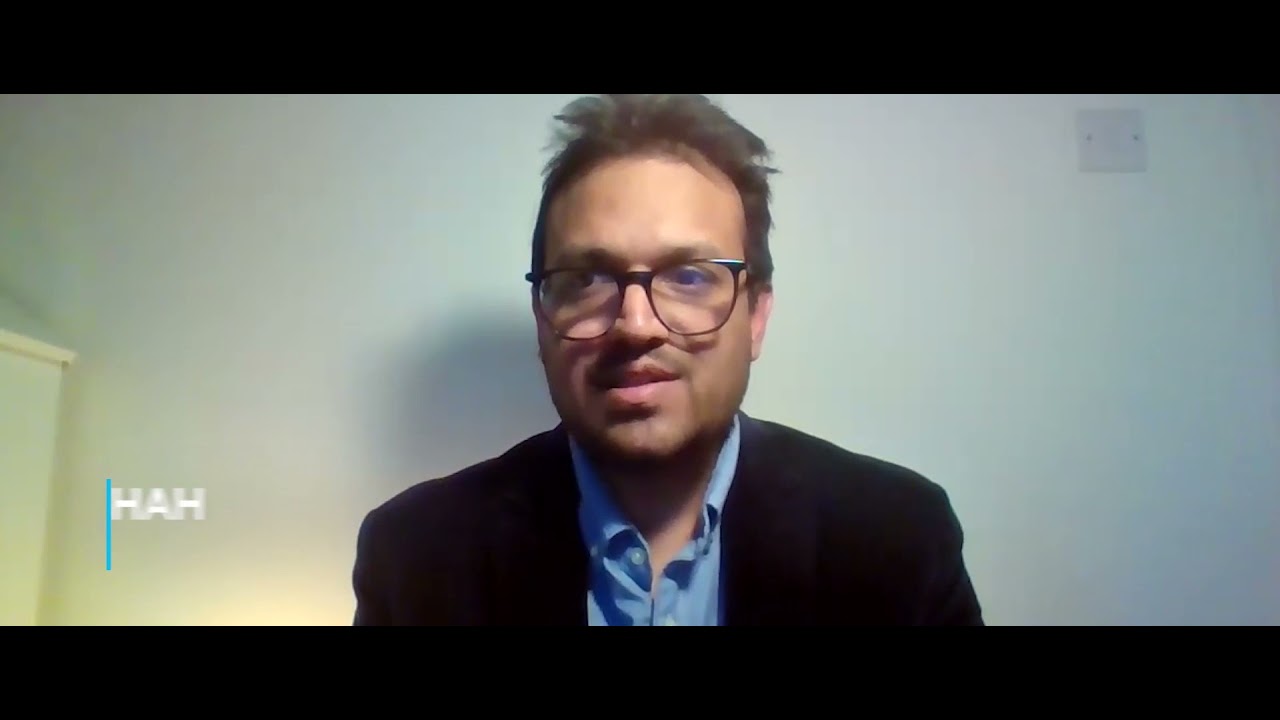 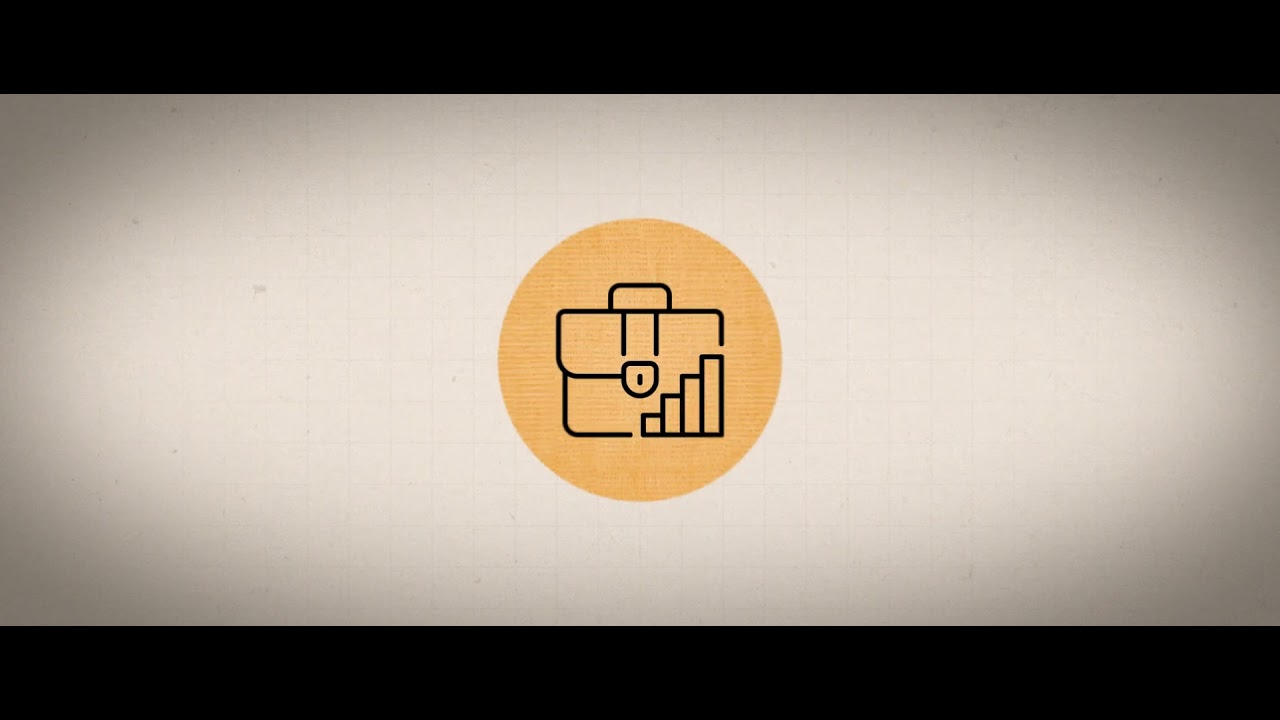 Ringler: Winning IT formula for the future 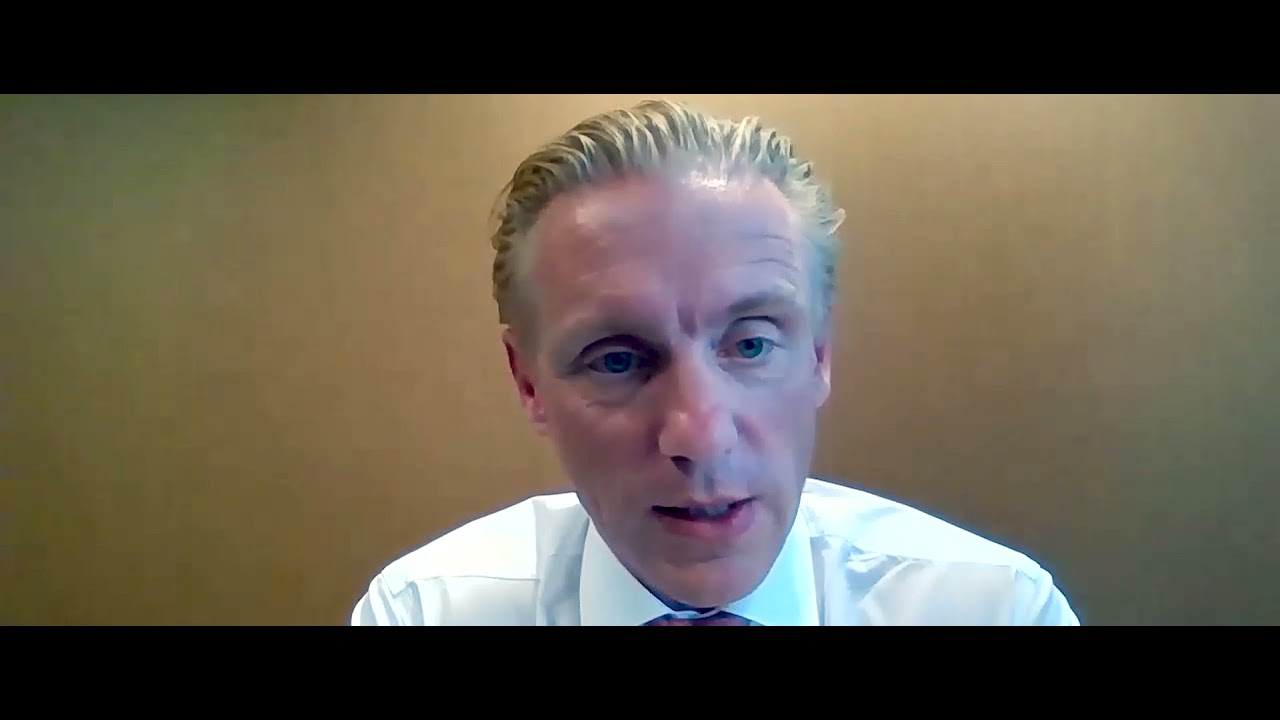 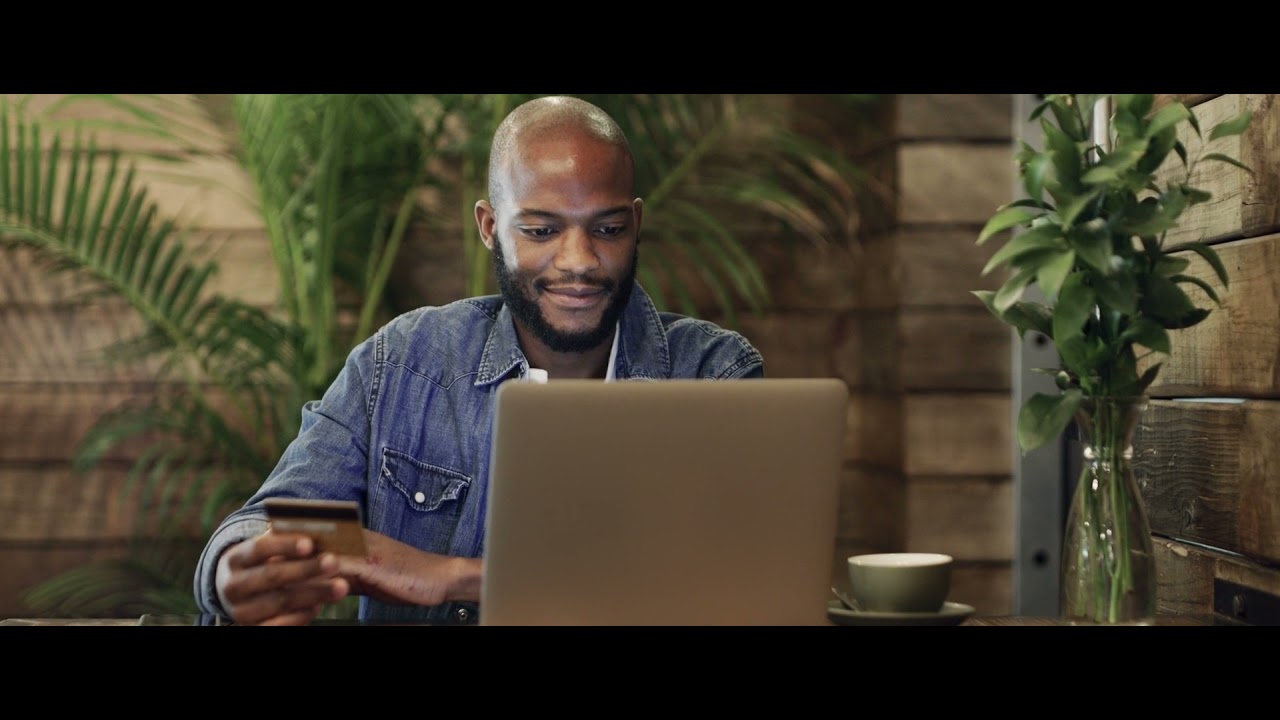 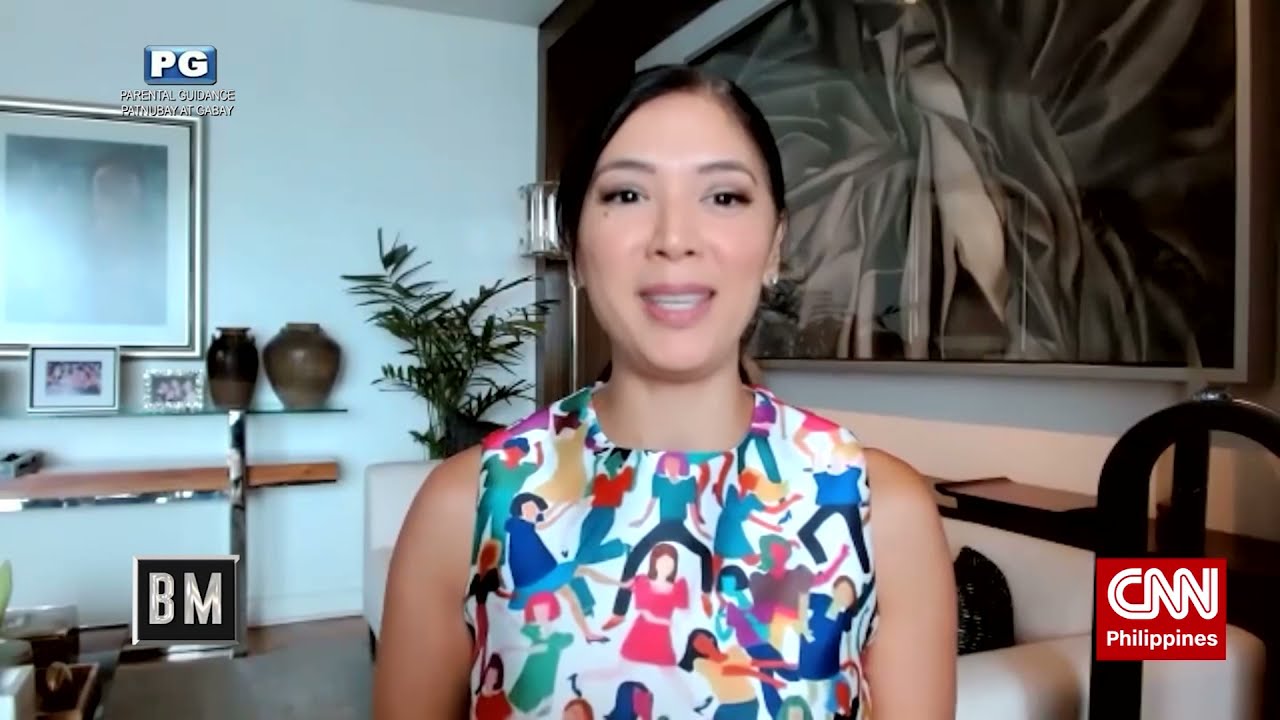